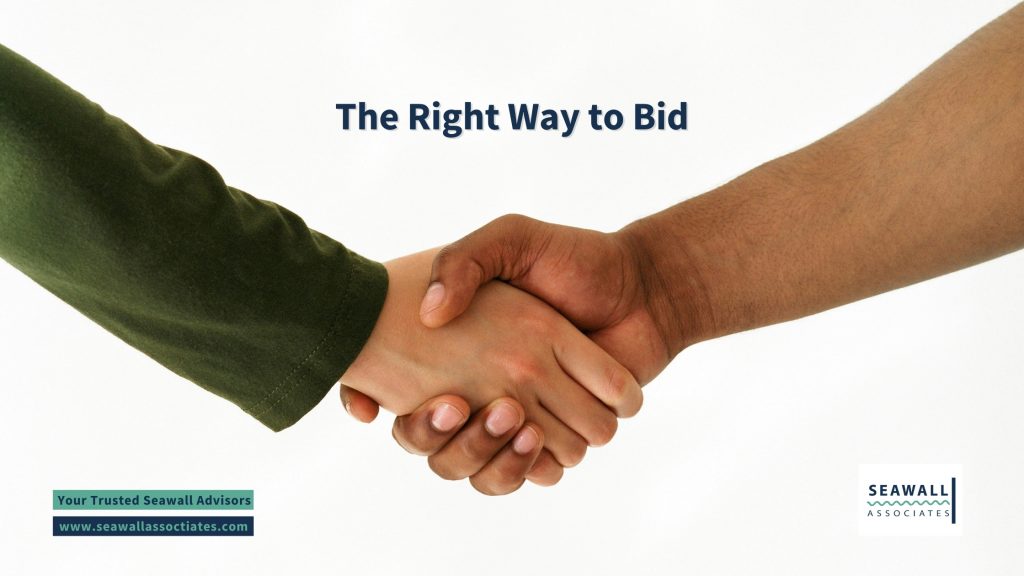 As part of our research, we spoke with many homeowners who recently built a new seawall on their property. A common theme was that the prices they received were all over the place, and they had trouble comparing proposals because the proposed designs were so different.

At Seawall Associates, we finalize our engineering design before sending it to any contractors to price. As part of the bid package, we include a standard contract to ensure that all bidders are providing their prices based on the same design, terms, and conditions.

This does two things. First, it enables you to compare apples to apples so you can see who is cheaper when everything else is equal. Second, it ensures that the seawall you build was considered from an engineering standpoint – that it was designed for your specific needs, and not based on the limited capabilities of the contractor that quoted you.

On the other hand, you may have already made a decision about which contractor you want to have build your project. In cases like this, the approach is known as design-build, where the designer and builder work together to develop the most efficient design based on the builder’s capabilities.

In either approach, you should be able to rest easy knowing that your project was designed and built with the highest levels of care and quality, and that you got it for the best value.